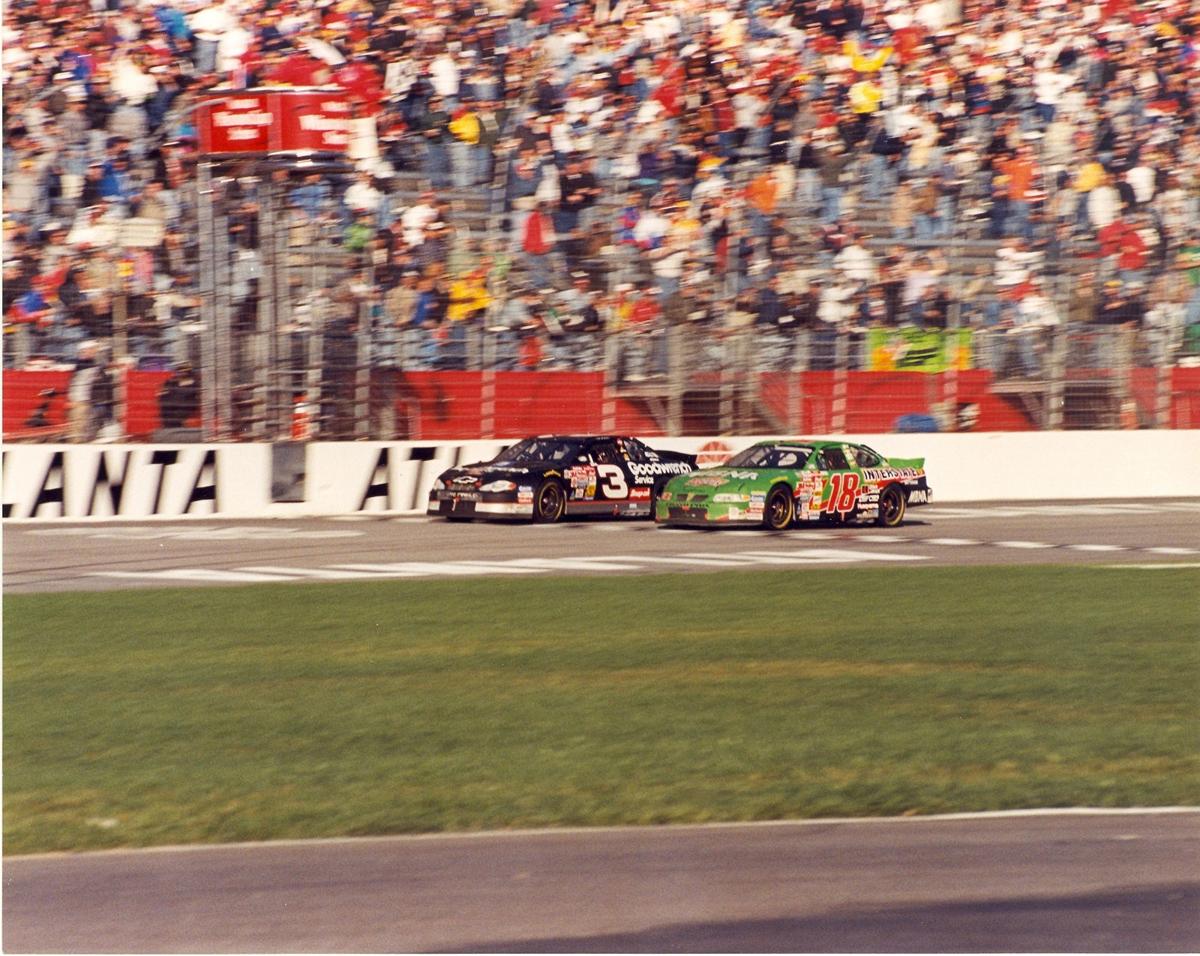 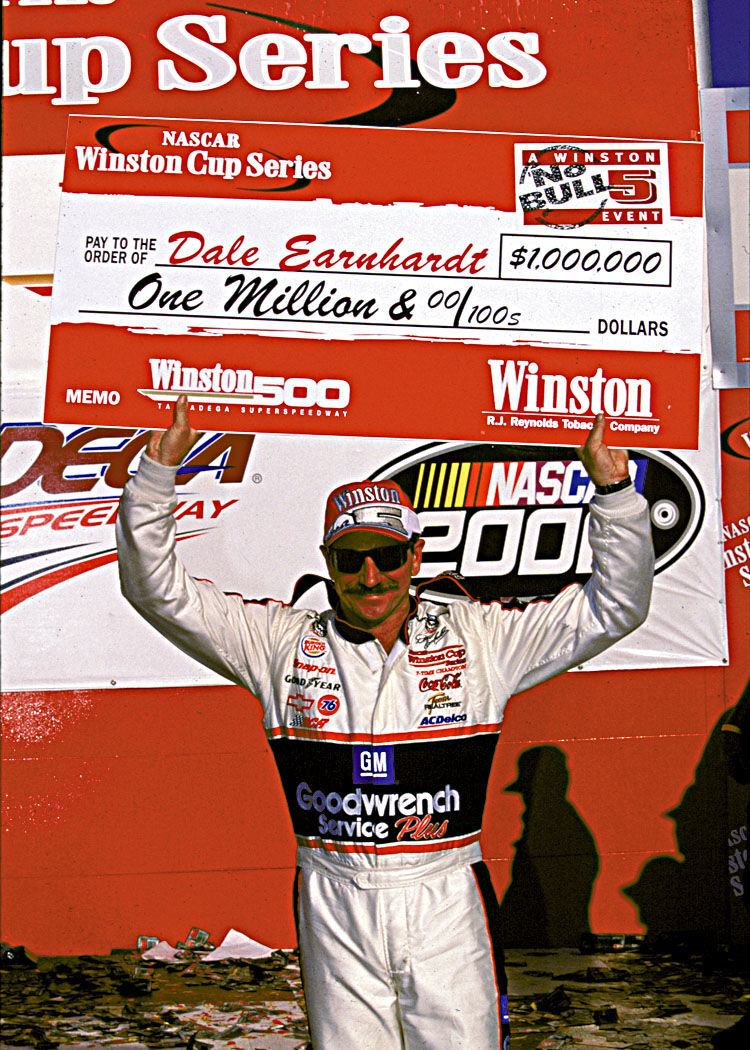 On the morning of Feb. 18, 2001 at Daytona International Speedway, then Atlanta Motor Speedway President and General Manager Ed Clark spoke to his long-time friend and NASCAR driver Dale Earnhardt.

It would be the last time he would talk to Earnhardt. Near the end of the Daytona 500 on Feb. 18, 2001, Earnhardt lost his life when his car crashed head-first into the outside wall.

Twenty years later as Clark remembers Earnhardt not only as a determined, fiery competitor on the track but as a close friend who truly cared about people off the track.

“There was a soft sensitive side to Dale Earnhardt,” Clark said.

Without question, Earnhardt agreed to meeting the young fan and let him wear a helmet and get in the race car. Earnhardt then took him around to meet the crew and sent the boy on his way with T-shirts and other souvenirs.

The mother was in tears as she was overcome with emotion at the gesture but Clark also remembers what Earnhardt told them — “don’t tell a soul about it.”

Clark knew Earnhardt from practically the beginning of his NASCAR career and saw someone who grew as a driver and as a man.

“Every 10 to 15 years that standout personality comes along,” Clark said. “Every so often you get that guy who evokes emotion — good or otherwise.”

At the beginning of his career, Clark said, “Dale had a huge chip on his shoulder; he lost his dad (race car driver Ralph Earnhardt in 1973) and felt like he had something to prove. That motivated him like nothing else.”

Fast forward to the 2000 NASCAR Awards Banquet, Clark had the chance to catch up with his friend at the event and one of the things Clark remembers is how Earnhardt talked about helping other drivers.

“His mission in life was to help other people make it,” Clark said.

Earnhardt’s death — along with the deaths of several other drivers in 2000 and 2001 (Kenny Irwin, Adam Petty, Tony Roper, and Blaise Alexander) — led to NASCAR improving the safety of the cars, equipment, and the tracks themselves.

Some of the advancements in safety included:

For soon-to-be free agent and All-Pro center Corey Linsley, ‘all signs are pointing towards snapping the ball somewhere else next year’

• SAFER Barriers: The Steel And Foam Energy Reduction Barrier was designed to absorb and reduce kinetic energy during high-speed crashes. “Soft walls” have been gradually added to nearly every NASCAR track.

• HANS device: NASCAR mandated the use of head-and-neck restraints in late 2001. Drivers had resisted using the U-shaped neck restraint made of carbon fiber because they found it cumbersome and restrictive.

• Redesigned cars: NASCAR has developed three new cars since 2001, each one adapting to the latest technology. The newest “Next Gen” car was postponed to 2022 because of developmental delays caused by the pandemic.

“He was the epitome of the hard-charging win-at-all costs driver but his death forced everybody to take a look at safety,” Clark said, adding that those safety improvements have greatly reduced the numbers of serious injuries in racing.

Current AMS Vice President and GM Brandon Hutchison said that NASCAR had been making advances to improve safety but “after the passing of Dale Earnhart, the safety certainly picked up…it’s still a very dangerous high-speed sport but it’s much safer.”

Hutchison said he didn’t know Earnhardt personally but said “he was more than a race car driver — he was a husband and father” and he recalls countless stories of Earnhardt helping out other people in the garages.

“He would give them pointers on how to be successful,” he said.

Hutchison added that “Dale transcended generations — he was the top driver for some of the the long-time NASCAR fans but he was that icon driver for younger fans too. He personified what NASCAR is.”

"I was told by a reporter that I was never in a race without Dale Earnardt in the field," Ragan said. "Maybe that's why I never won one."

Ragan added that "I don't know if I've ever seen a better race car driver than Dale Earnhardt...I don't know who came up with the name 'Intimidator' but it was a fitting name for Dale Earnhardt....when it came to racing, you stood back and watched and listened to what he said."

Reflecting on the 20th anniversary of Dale Earnhardt's death, Ragan said "that was awful for the sport, awful for his family and awful for the fans" but he did say that one good thing came out of it and that was the safety advancements.

"I don't worry about my son driving a race car now (because of the safety advancements)," Ragan said.

Editor’s note: The Associated Press contributed to this story.