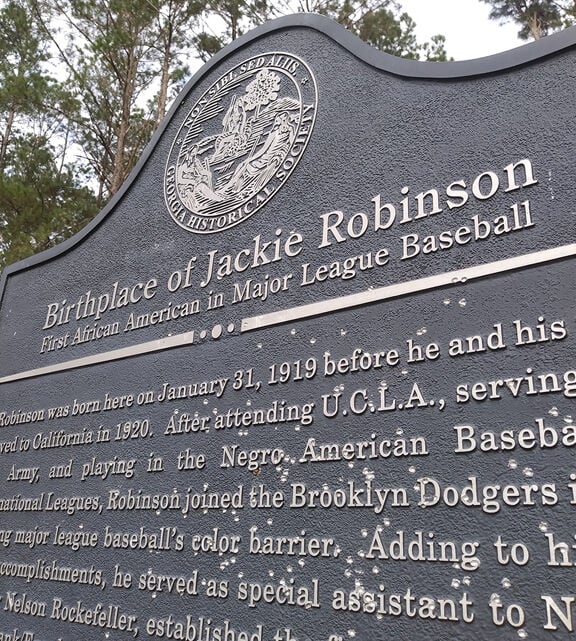 The marker “The Birthplace of Jackie Robinson” in Grady County was struck multiple times by gunfire. 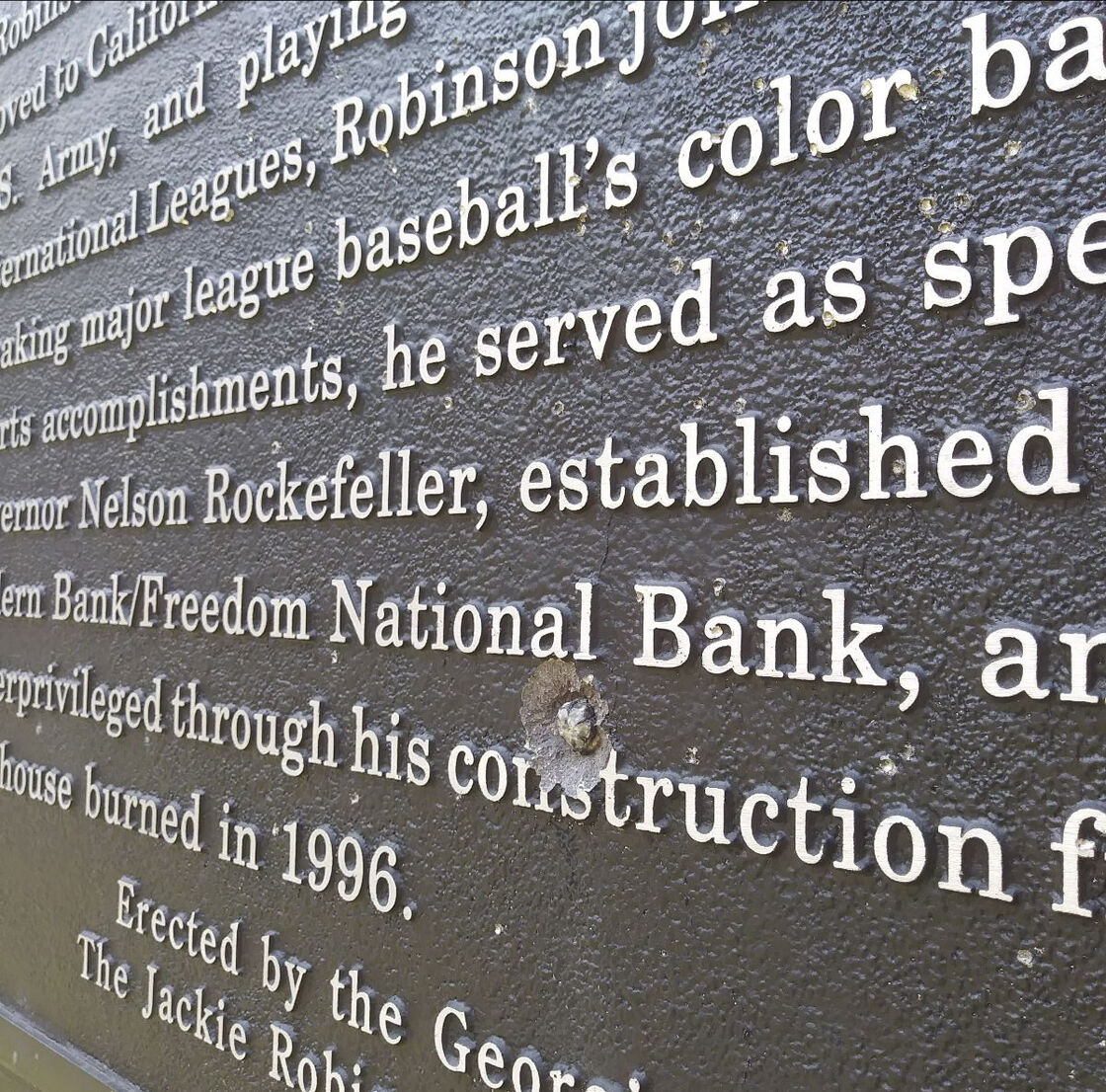 The marker “The Birthplace of Jackie Robinson” in Grady County was struck multiple times by gunfire.

The Georgia Historical Society (GHS) announced Tuesday that a historical marker about baseball legend and civil rights icon Jackie Robinson has been vandalized.

The marker, which was struck multiple times by gunfire, is part of the GHS Civil Rights Trail and represents a troubling uptick in vandalism directed at Georgia’s roadside historical markers.

“I was distressed to learn about the desecration of the Jackie Robinson marker, just as I was saddened last summer when I learned about the repeated vandalism of the marker recognizing the lynching of Mary Turner,” said GHS Board member Erroll B. Davis Jr., former Chancellor of the University System of Georgia and president of the African-American Heritage House at Chautauqua. “Jackie Robinson was a pioneer in the integration of Major League Baseball and someone whose accomplishments should bring pride to all Americans. This is a shameful act of vandalism that unfortunately has been carried out against several other markers that commemorate Civil Rights figures, in Georgia and beyond.”

“Jackie Robinson is one of Georgia’s most famous native sons and is justly lauded not only for breaking baseball’s color barrier, opening the door for others like Henry Aaron to follow, but also for his Civil Rights activism beyond the baseball field,” he said. “This act of destruction underscores the need for an endowment for the GHS historical marker program that will help us replace this marker and others like it and ensure that our commitment to telling all of Georgia’s history will not be subject to other senseless acts of destruction.”

Other historical markers on the Georgia Civil Rights Trail that have been vandalized include “Mary Turner and the Lynching Rampage of 1918” in Lowndes County and “Flat Rock African Methodist Episcopal Church” in Fayette County.

Similarly, a marker in Savannah marking the terminus of General William T. Sherman’s March to the Sea and a Civil War-related marker in Fulton County were defaced, marking an increase in vandalism of historical markers relating to African-American history, the Civil War, Reconstruction, and the end of slavery.

A police report has been filed with local authorities regarding the vandalism of the “Birthplace of Jackie Robinson” historical marker.